The piano is a keyboard instrument....

or a percussion instrument?

a piece of furniture?

For about the last 100 years, numerous composers have worked on extracting new sounds and perspectives from the all too familiar instrumental icon from the 19th century. Transcending the limits of the piano keyboard and mechanics, the strings and body of the instrument are played directly; various objects are attached that serve as preparations to change the sound, and theatrical action is integrated into the composition as visible music or critical comment.

The searching treatment of the piano has long fascinated me; it also challenges the musician to take a courageous step into unchartered pianistic terrain, to explore ever-new ways of playing, even becoming the instrument itself or a theatrical performer.

Among the canon of the general concert repertoire, works for extended piano have been largely sidelined to date. My extended piano project is therefore reversing this relationship: “normal” piano playing becomes the exception.

In programmes that are both well-considered and sensuous experiences to an equal extent, I would like to inspire my audience with new visual and audible perspectives. The manner of presentation in the extended piano concerts is thus also unconventional: a brief, intellectually stimulating introduction is directly followed by the concert programme, which continues straight through without a break in a single dramaturgical picture. It is accompanied by a video projection from inside the piano, airing the secret behind the source of the “non-pianistic” sounds for the audience. 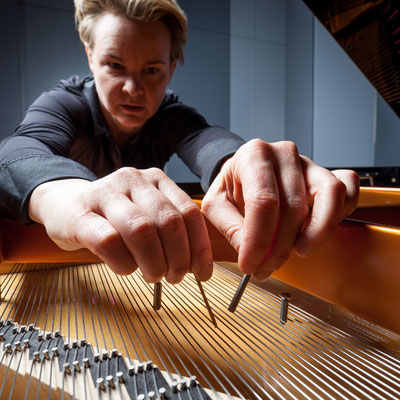 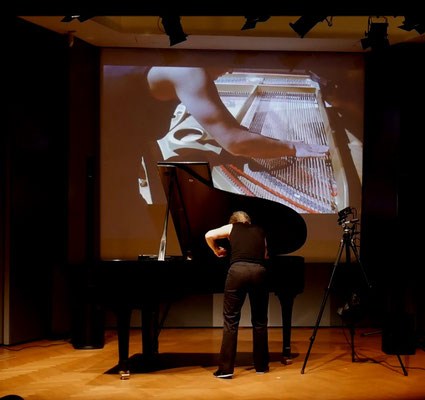 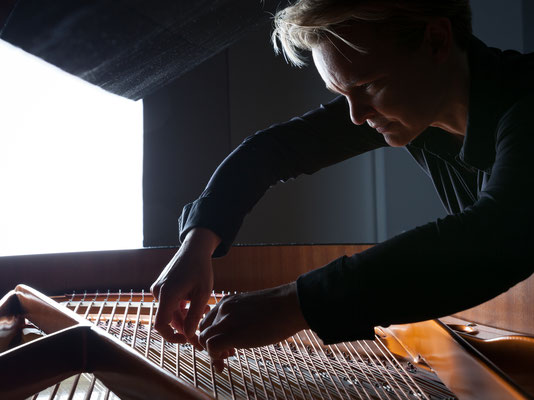 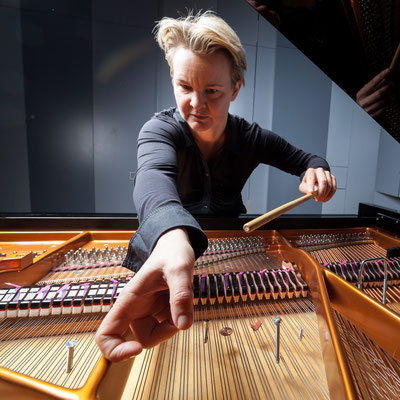